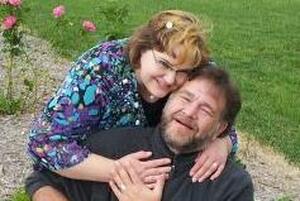 Lenora Thompson is an internationally syndicated freelance writer who fled a boring career in IT in 2012 and reinvented herself as a freelance writer for many sites including the Huffington Post and PsychCentral as well as MAGAMedia, Mother Earth News, New Right Network, NOQ, etc. ﻿Lenora has been a featured guest on Toronto's Newstalk 1010 and the National Association of Adult Survivors of Child Abuse (NAASCA) radio show Stop Child Abuse Now (SCAN). Cult News Network has also featured her Cognitive Dissonance article on their homepage.

﻿﻿From 2016-2020, Lenora's PsychCentral blog, Narcissism Meets Normalcy ranked in the Top 10 Narcissism blogs by Feedspot. After PsychCentral laid off all their bloggers in August of 2020, Lenora turned down Psychology Today's invitation and chose instead to launch and write America: The Blog. 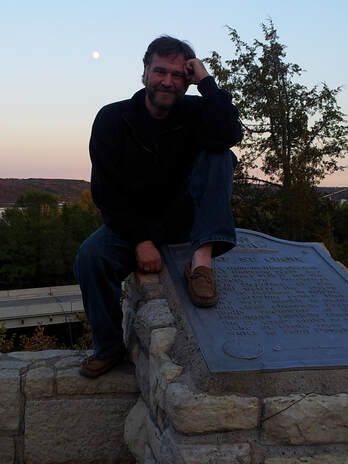 Michael Thompson served four years in the Army National Guard and four years in the Army Reserve during Ronald Reagan and George H. W. Bush's administration. He then volunteered for the Navy, passing the preliminary test for Navy Seals only to have his plans shattered when a drunk driver jumped the median, hitting Michael head-on, landing him in hospital in a coma, thus ending his Naval career.

In 2009, Michael was diagnosed with Pulmonary Alveolar Proteinosis, a rare and terminal lung disease. Despite debilitating chronic pain from rheumatoid arthritis and a plethora of other health problems, Michael always has a smile, a kind word and is always learning and looking forward to the future.

Lenora and Michael were married in 2012 and share their home with Adele the Blitzing Bichon, Cleo the Extraordinarily Stupid Doxiepoo, Cuddles the Klutzy Kitten and Snuggles the Trained Cat...who will do literally anything for a treat including shaking paws, waving bye-bye and saying "please."

Lenora is actively seeking freelance work writing and/or editing and can be reached at lenora4247@gmail.com.

Thank you for reading. #trumptriumphant

What Readers Are Saying...

This site is for informational and educational purposes only. Under no circumstances should it be considered therapy nor replace therapy and treatment.

If you are feeling suicidal, thinking about hurting yourself, or are concerned that someone you know may be in danger of hurting himself or herself, call the National Suicide Prevention Lifeline at 1-800-273-TALK (1-800-273-8255). It is available 24 hours a day, 7 days a week and is staffed by certified crisis response professionals.

The content of these blogs and all blogs written by Lenora Thompson are merely her opinion. If you are in need of help, please contact qualified mental health professionals.
Blogarama - Blog Directory View My Stats